You finally decided to go to Japan: you know what you want to see and where you want to go, you have a plan for everything… except getting between those places. Japan is bigger than it appears on a map of the world, but how should you travel between the cities or islands? Read on for some help with that and an outline of all the major modes of transport around Japan.

This is the cheapest option, but also the one that can take the longest, making it best for people with the smallest travel budgets and who can spare plenty of time to simply get to the place. Knowledge of Japanese language will come as an advantage, giving you access to websites for Japanese tourists, but you can still find good options without needing much of it.

The good news is that every major city can be reached by a highway bus. Remember that the longer the distance, the more likely you will have to change somewhere and make separate bookings – Tokyo and Osaka are the most likely changes when going to places further East/North or West/South respectively, so try them first on longer journeys.

The price depends on the distance, but for the majority of routes it should not exceed ¥10’000 for a one-way ticket, and will most likely be a lot less, at about ¥7000-8000 one-way. If you’re an exchange student, you’re entitled to student discounts with your Japanese university’s student card, but not any other student ID. Instead try cheaper bus companies for saving a bit more, most notably Willer Express, if the standard JR Highway buses are too expensive for you.

Inside of Japanese highway bus

When looking for a route, search on BusHikaku.net first. It’s available only in Japanese, but a browser add-on which shows readings and translations for Japanese words should help you use it even if you don’t know the language. “Bus Hikaku” literally means “bus comparison”, and this website has a very comprehensive database of routes and prices, and also gives information on the cheapest prices on the most popular routes for the next two months. While sometimes you may find something cheaper when searching independently, particularly when traveling outside of Honshu, this is a good place to start and get an idea of prices and travel times in question.

Trains are certainly the most popular way of traveling around, and probably the easiest one too. Regardless of where you go, even the smallest of places will have a train station, and because the boards with station names and the timetables at the train stations in the cities are in both Japanese and English, it’s easier to get to where you want to be.

Trains in Japan can be classed as local, limited express and bullet trains (shinkansen). While most routes can be travelled using just one of these, combining them allows you to go anywhere, and may save some money by opting for the cheaper option where you can.

The good news with train travel is that as a tourist you’re eligible for the Japan Rail Pass (JR Pass). It needs to be booked 3 months in advance and has to be bought from outside of Japan, but it means free travel on all JR trains, including the shinkansen, as well as some JR-operated local and highway buses. There are also JR Passes available for specific regions of Japan. Whatever your trip plans, buying the pass can make your trip easier and cheaper, especially if you plan some extensive travelling.

As for finding routes and connections, use Hyperdia.net. This handy website, available also as an Android and iPhone app, allows you to plan your train route in details, and shows the prices of the whole trip, as well as its separate parts on trips with changes. And since it’s in English, there should be no problems in using it.

Domestic airlines are another way to cover big distances quickly. Depending on the company that you fly with, it can be either a slightly more luxurious way to travel or a budget-friendly trip, again, especially when planned in advance.

The main airlines to consider are All Nippon Airways (ANA) and Japan Airlines (JAL) for the slightly more expensive flights, and Peach and Jetstar budget airlines for cheaper travel. However, consider not just the price, but also your destinations – ANA and JAL will operate more airports than their budget competitors. This means that while flights from Osaka Kansai International Airport to Sapporo or Nagasaki may be perfectly doable on a budget, a flight to Komatsu (Ishikawa Prefecture) or Kushiro (Hokkaido) will only be available with JAL or ANA.

The downside to traveling around Japan by plane is that it’s more than just the flight – you have to consider getting to and from the airport as well. While there will be plenty of bus, train and subway services to the city of your destination, it can add extra stress, as well as cost, when arriving in a place that you’ve never been to.

On the upside, there are some quirky planes that are only in Japan, such as the Pokemon plane. It’s not always guaranteed that it will operate the route that you’re taking, but with careful research, planning and some flexibility on your part you can maximize your chances of flying in one of those uniquely Japanese planes.

You should be able to use any flight price comparison website to see flight availabilities and prices when looking for the best deal. SkyScanner.net certainly works, is available in English, and can display the prices in a currency of your choice as well. If you can travel with a budget airline and book well in advance, you can grab a return flight for as cheap as ¥10’000!

Traveling by a Rental Car

Rental cars may be in the higher price range, but they have an obvious advantage over all the other modes of transport – they offer flexibility.

Renting a car allows you to visit more rural places in Japan, but in big cities it won’t stand comparison with public transport. It also means having to pay for petrol, parking, whenever required, and expressway tolls, if using, further adding to the cost. Typically prices will vary from about ¥5000 to ¥20’000 per 24-hours, depending on the size of the car. Maybe you could rent it for a short period of time when you want to visit those more remote areas, instead of renting for the whole of your trip to Japan?

GPS satellite navigation is standard in most Japanese cars, but not all of them have an English option, which may mean having to bring your own with maps of Japan installed. However, the road signs follow the international standards and often include English as well as Japanese, making it a little easier on the road for non-Japanese speaking drivers. The Japanese drive on the left side of the road, so keep that in mind if you’re from a country that drives on the right side. It’s important to remember that the minimum legal driving age in Japan is 18, and that if you don’t have a Japanese driving license, you’ll need an International Driving Permit issued from your home country in order to legally rent and drive a car in Japan.

If you think that renting a car will be a good option for you, then there’s plenty of companies to choose from. Although international ones, like Hertz or Avis, operate in Japan as well, they often cooperate with some leading domestic companies, for example Toyota Rentacar, Nippon Rentacar, Nissan Rentacar etc. For those who don’t speak very good Japanese, there are some reservation sites in English, such as Japan Experience or ToCoo! Travel, which offer other bonuses and help for drivers as well. 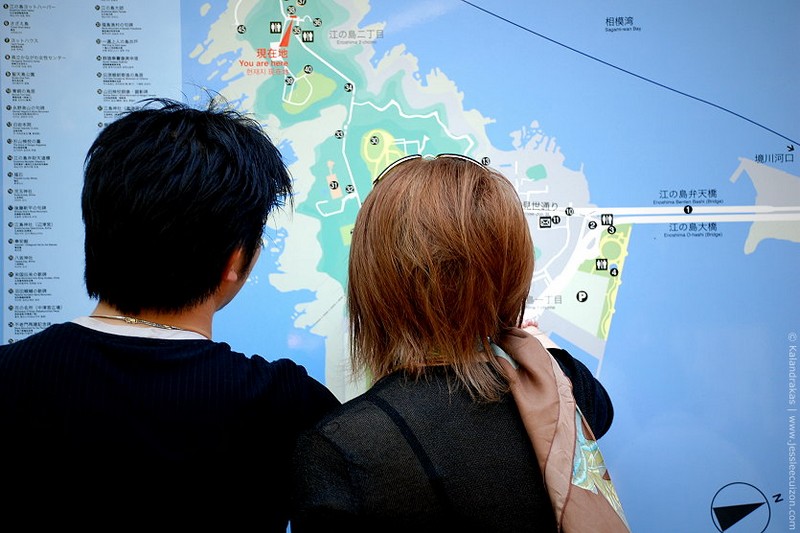 15 Best Ekiben in Tokyo Station for Your Long Train Ride

Ekiben is bento boxes sold at stations for long train rides. Here is my recommendation of 15 best...

Getting Around Japan Without Knowing Japanese

If you’re planning a trip to Japan, you might be wondering about the Japanese language barrier. H...

Learning Japanese for your Trip to Japan – Top 3 Tips

Okay, so you want to learn some Japanese to be able to enjoy your trip to the full extent? Whils...

List of Basic Words and Phrases For Travelers to Japan

For a traveler who selected Japan, he or she must at least should be aware of few Japanese words...

An Overview and History of Japanese Language: Kanji, Hiragana, and Katakana

What’s the origin of Japanese language? Despite the many theories, nobody knows for sure. Some l...