You don’t need to have ever visited Japan to have seen a Torii, these traditional Japanese gates are so popular in Japan’s culture they have come to be known in the western part of the world as one of the characterizing features of Japan as it is definitely an iconic symbol of the country of the rising sun. The Japanese Torii have a specific religious meaning and have a more or less canonized structure. Let’s find out more about these mystic gates together!

In order to understand the Torii, we must first know the basic belief of Shinto (神道) the shamanic religion, ethnic of the people of Japan. This religion is heavily based on its rituals and practices, held at the local shrines, built where the Shinto kami (神) are believed to reside. This is the key principle needed to understand the meaning of the Torii.

The Meaning of the Torii

Given this extremely basic introduction to the Shinto religion, we can finally explore the meaning of the Torii. The Torii is, in fact, a gateway, that signals the transition from the profane to the sacred, as it is usually located at the entrance to Shinto shrines, though it isn’t rare to find them even at the entrance of Buddhist temples. As a matter of fact, the first documentation of the Torii dates back to the mid-Heian period, in 922, when Buddhism had already been introduced in Japan. Because of this, and the existence of similar structures in the rest of Asia, typically associated with Buddhist sites, it is quite hard to find a clear cut origin of the Torii, there are many theories, none of which seems to satisfy the question of its origin. However it is a matter of fact that today, the Torii, though present in Buddhist sites as well, is more closely associated to Shinto, for instance, the Shinto shrines are signaled on maps with Torii icons.

On a final note, it’s worth saying that the Torii doesn’t necessary mark the entrance to a shrine, but is sometimes used to simply mark an area believe to have a deep religious meaning, such as the Torii of the Meoto Iwa.

One legged torii in Nagasaki

Anatomy of the Torii

Now that we have a good grasp of why the Torii is found in some places rather than other, let’s see what makes up a Torii. The structure of these gates is made up of several elements, depending on its style (shinmei or myojin). Certainly the most important elements of the Torii are the pillars (柱 hashira), the kasagi (笠木), the lintel placed on the two pillars, and the nuki (貫) a tie-beam that keeps the structure together. These are the essential elements, present in all the known variants of the Torii styles, except for the Shime Torii, which is only built by two pillars and a shimenawa (rice cord) tied to the extremities of the pillars. Other elements usually present in the Torii are: the shimaki (島木), a second horizontal lintel placed under the kasagi, the daiwa (大輪), a decorative ring place around the top of the pillars, the kusabi (楔), two mostly ornamentl wedges holding the nuki in place and the gakuzuka (額束) a supporting strut connecting the nuki to the kasagi or shimaki. The gakuzuka can sometimes be covered by a tablet with the name of the shrine.

The structure of torii

The most famous Torii

There are many famous Torii throughout Japan that are worth visiting, some of the Toriis we feel like suggesting are: the Nakayama Torii, this torii is quite peculiar as it is white and red, whereas the traditional structures are either red and black or stone colored; the One-legged torii in Nagasaki, this torii was left one legged as the other half was destroyed in the explosion of the nuclear bomb; the Meoto Iwa, this is a particular complex, also called the Married Couple Rocks, as it features two rock stacks in the off of Futami, Mie, tied by a shimenawa, with a Torii places on top of the bigger stack; and of course, the Fushimi Inari shrine, with its many torii leading up the mountain to the shrines located in the area.

Torii are a typical symbol of Japan’s culture, iconic in many ways, and their meaning alone is enough to fascinate, making you want to actually feel the passage into the sacred areas.

Other Articles about Shinto and Shrine

10 Best Hatsumode Spots in Tokyo To Start the New Year

Japan and religion: a brief introduction on Shintō, Buddhism and Christianity

The Most Important Shintō Shrine of Japan: Ise Grand Shrine

Japan is a modern nation that remains steeped in tradition. Much of its people’s way of life ref...

How to Enjoy Hanami, Cheery Blossom Viewing, Like a Japanese

Hanami, cherry blossom viewing, is a very important part in Japanese culture. I, as a Japanese, ... 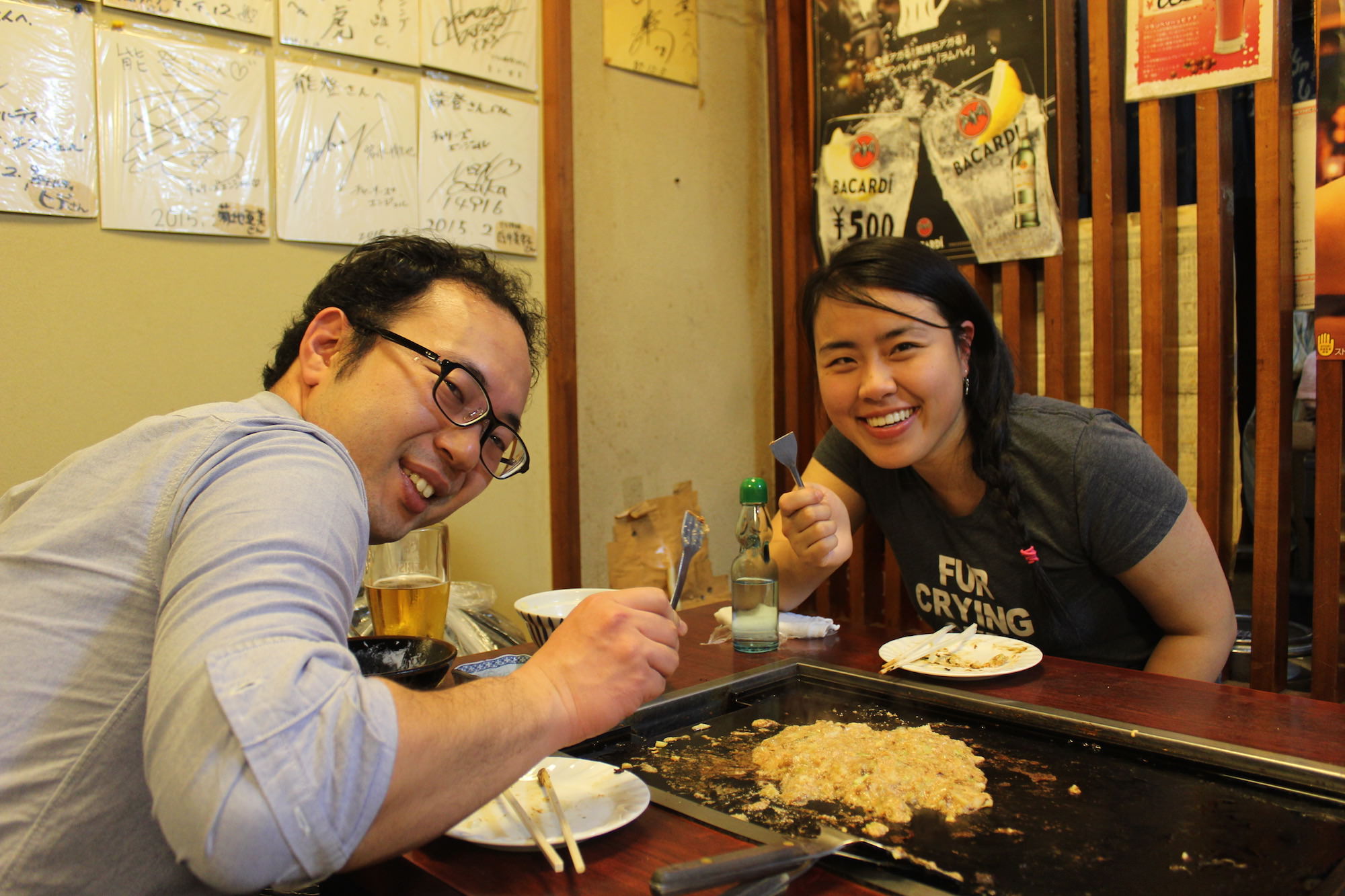 Okonomiyaki and Monjayaki with Arianna from Canada

We had a authentic Okonomiyaki and Monjayaki dinner with Arianna who first visited Japan from Can...

Japan and religion: a brief introduction on Shintō, Buddhism and Christianity

When it comes to religion, many Japanese people mix rites of different faiths in a way that may ...

Ise Grand Shrine: The Most Important Shinto Shrine of Japan

Ise Grand shrine is the most important Shintō shrine of Japan. It is located in the city of Ise,...

6 Must Things to Do in Japanese New Year, Oshougatsu

New Year is one of the distinct occasion in Japanese culture that is very different from the west...

HAPPY NEW YEAR! Hope everyone’s coming year be a great one. Hub Japan will continue to publish a...