This is a Part 2 of introducing how to walk around Nagasaki.
Read Part1 from here;
Nagasaki One Day Tour Part 1- China Town, Oura Church, Glover Garden, Night View from Inasayama
This is the course I recommend for the 2nd day of staying Nagasaki.
It will be like this; 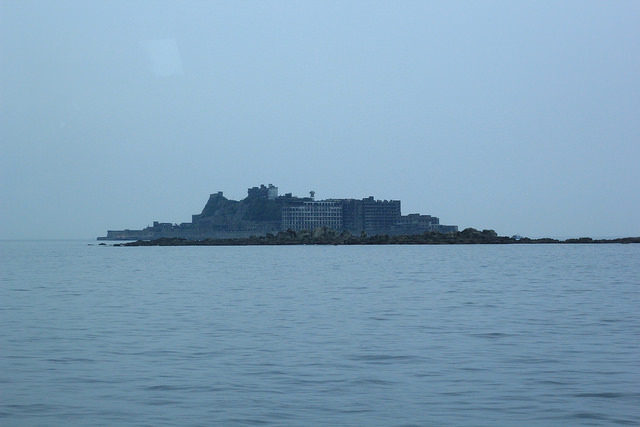 Hashima is an abandoned island located about 15 kilometers away from the city of Nagasaki. “shima” is a Japanese term for island. Hashima is commonly called as “Gunkanjima”, means “Battleship Island”, because the shape of the island looks just like a battleship. The island flourished during industrialization of Japan which is around 1954 to 1961. The island was a coal-mine land, and 5,300 people lived at its peak, which means that population density was more than 9 times larger than Tokyo at that time. People worked as coal miners, and mostly brought whole family to live in Hashima. However, due to the change of energy source from coal to oil, population and the output of coal both decreased gradually, led to close the mine in January 1974 and quickly became a desert island in April same year.
Today its ruins attracts people enthusiastically. For instance, some of the films and music videos are shot here, such as “007 Sky Fall”. At the time people were living, there were everything. Hospital, school, movie theater, pachinko, night town….the island is very small but had a complete function as a city. There is also the oldest reinforced-concrete apartment in Japan still standing in Hashima. 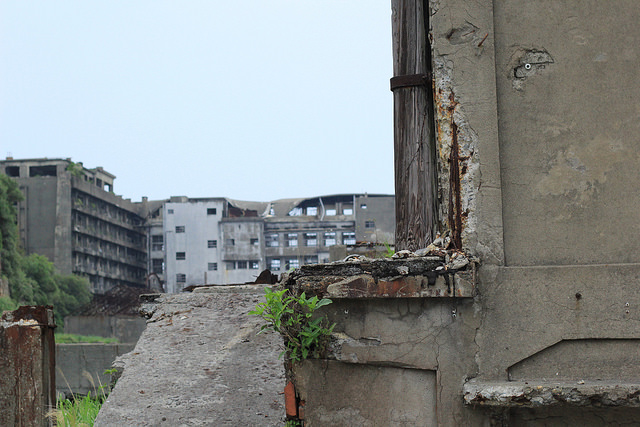 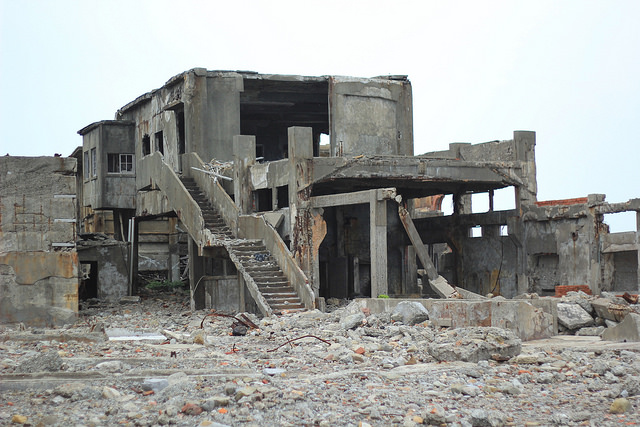 To go to Hashima, you must participate in a tour. It is prohibited to land on Hashima island except certified tour organizations. There are 3 organizations, each organization provide in content of the tour and different ticket prices. I recommend to make reservation in advance because it is getting crowded more and more, especially since it has been registered as one of the World Heritage Sites in July 2015. You can make reservations through online.
The companies are;

Usually there are 2 cruises each day, morning and afternoon. All the tour do not assure you the landing, because it may be not possible due to the weather conditions.

This torii of Sannno Shrine has only one leg, the reason is, the atomic bomb. Originally there were 4 toriis but only this one, and one leg, were left standing. This is one of the living structure to tell us how big atomic bomb effect is. Sanno Shrine was 900m away from ground zero.
Keep walking and you will find the entrance of Shrine. In the area of shrine, there are two huge camphor trees standing.

They were burnt by atomic bomb, once thought that they were dead, but after 2 years they came back to life. This spiritual power of life attracts people and became a symbol of peace.
The nearest street car station is Daigaku Byoin-Mae, and about 5 min walk from the station.

Atomic Bomb Museum is about 11 min walk from Sannno Shrine.

The museum is focused on the will of residents of Nagasaki that “this horror must never be repeated again”, therefore exhibits shows mainly the effect of the bomb to the city, people, and lasting effects until today. There are many parts of ruins and things such as clothes and accessories that belonged to the victims, displayed in the museum. You will be able to learn the misery of atomic bomb.

Take another 10 min walk to Nagasaki Peace Park. This park commemorates the atomic bomb attack. There are many statues and monuments from all over the world to symbolizes and hopes for world peace. 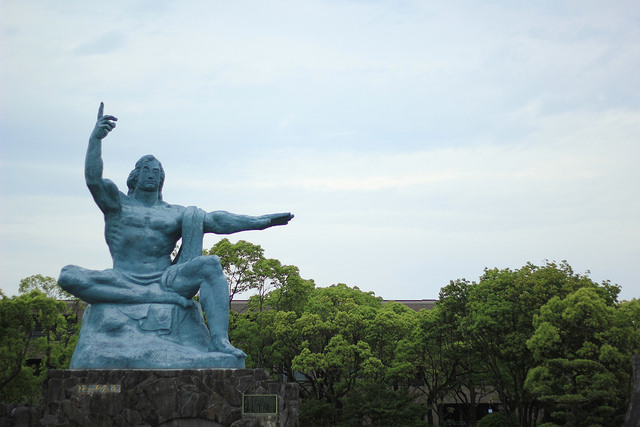 Take a moment to relax in that park, and wish for lasting world peace.

Location: Matsuyama-Cho, Nagasaki City （長崎市松山町）
For 2 articles, I have introduced some must see stops and how to walk around Nagasaki city. If you go to Nagasaki, Kyushu area has lots more attractive city to stop. I recommend to spend at least 1 week in Kyushu when you come by.

5 Best Things to Do in Morioka in Iwate, Tohoku

Introducing 5 must-see sights at Morioka in Iwate, Tohoku. Hope this guide helps you planning yo...

Nagasaki is a city in Kyushu Area, southern part of Japan. Nagasaki is well known as the city at...

How Many World Heritage In Japan Do You Know? Part3 Western Area

Part 3 of article series introducing World Heritage Sites in Japan. This article is about Western...