Did you know that there are 19 properties have been inscribed on the UNESCO’s World Heritage List in Japan? (15 cultural sites and 4 natural sites, as of August 2015.)

In Part3, I will introduce 5 sites in Western Japan.

1. Iwami Ginzan Silver Mine and its Cultural Landscape

Iwami Ginzan is a ruin of silver mine located in Shimane prefecture. It was the largest silver mine in Japanese history, and also was active for about 400 years. During the period when Iwami Ginzan was used, people took great care to the forests around, which resulted to the great preservation of the environment today, attracting visitors. This preservation of environment around was an important point for the registration to the World Heritage. Today, environment friendly transportations are developed such as rental bicycle and Velo Taxi to keep the environment clean even visitors have increased.
Not only the mine but the town of Omori near Iwami Ginzan also shows the traditional Japanese style buildings well preserved, attracting visitors. 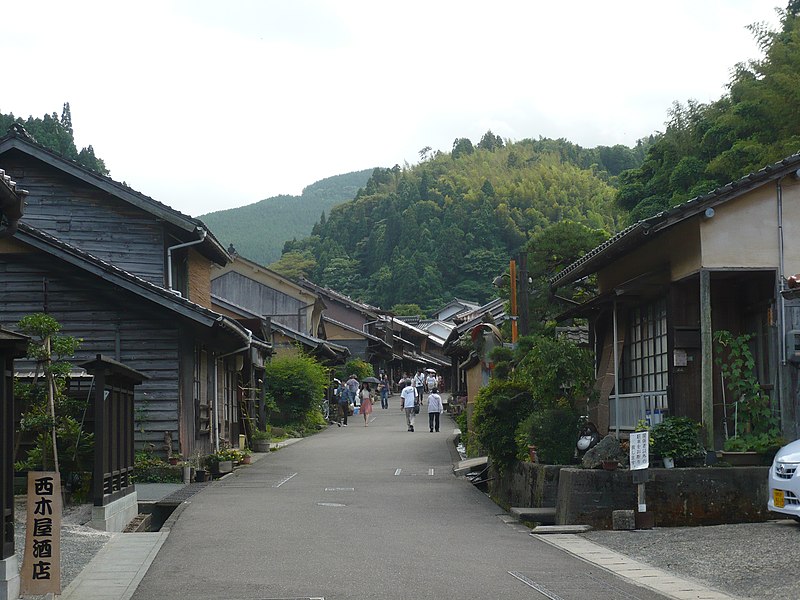 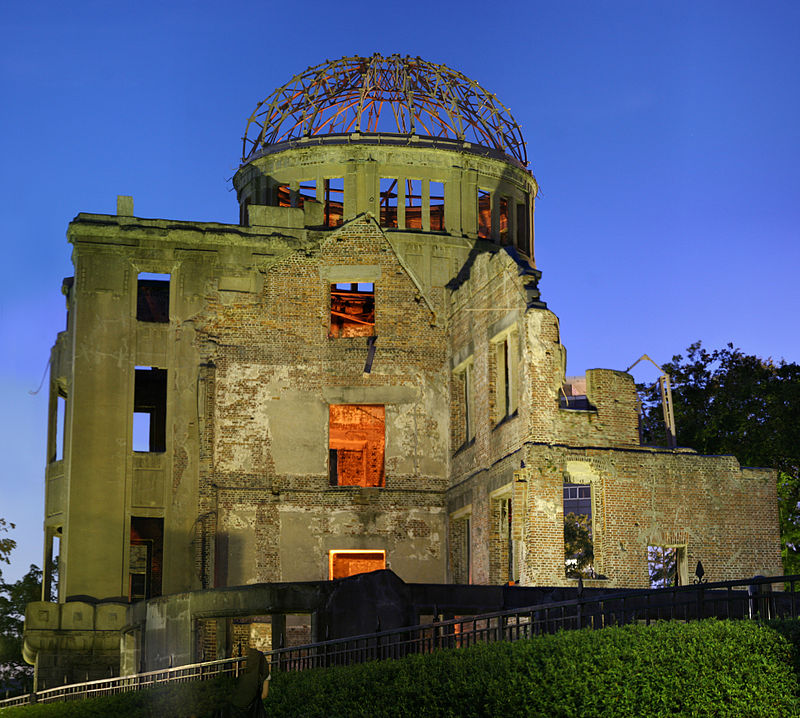 It is also called as Atomic Bomb Dome. This ruin is located in Hiroshima prefecture, where the world’s first atomic bomb was dropped down during the World War II. It stands as the memorial to the people who are killed and the desolation of the atomic bomb. This building was the only structure that left standing near the ground zero.

Many of you must have seen a picture of this beautiful shrine. It is on the island of Itsukushima (厳島), in Hiroshima prefecture. Itsukushima Shrine is best known for the floating shrine, the picture above.

However, it appears float on the water at high tide. During the low tide, you are able to walk near the torii gate.

This view of the torii gate is selected as one of the Three Views of Japan.

4. Gusuku Sites and Related Properties of the Kingdom of Ryukyu

This site consists of 9 sites located in Okinawa prefecture. The picture above is one of the sites, Shuri Castle. Gusuku means castle in Ryukyu (old Okinawa) Language. Okinawa prefecture used to be an independent country called Ryuku Kingdom. Since Ryuku Kingdom was far away from the main land of Japan, Ryuku has developed unique culture itself. Still today, unique Okinawa food and languages, culture attracts many tourists. 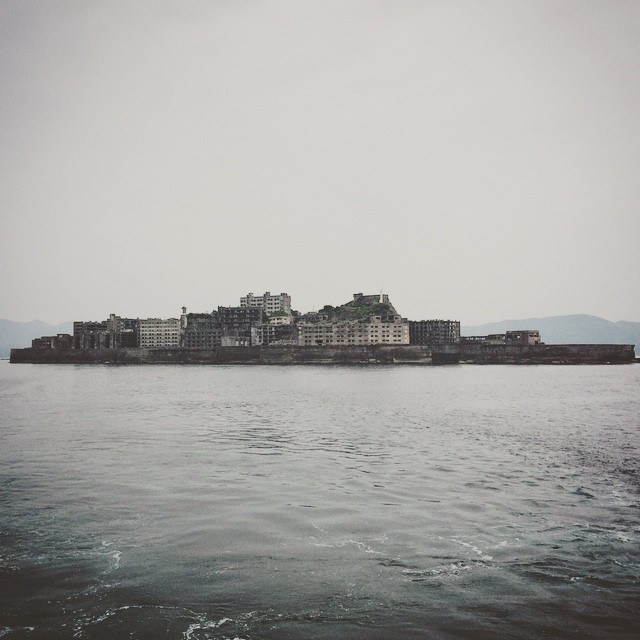 This is the newest site as of August 2015, which was registered in 2015. It is the grouping of historic sites which played important role in Japan’s industrialization, during the Bakumatsu and Meiji periods, from end of 19th century till early 20th century.

There are 30 components from north to south, so I will put the link of wikipedia for further information.

The detailed article about Hashima and Nagasaki are here:

This is the end of introducing the cultural sites. In Part4, I will introduce 4 natural sites.

This is a Part 2 of introducing how to walk around Nagasaki. Read Part1 from here; Nagasaki One ...

Nagasaki is a city in Kyushu Area, southern part of Japan. Nagasaki is well known as the city at...

10 Restaurants to Try Halal and Muslim-Friendly Food in Tokyo