When you are in Japan, you should experience a modern Japanese entertainment show! FUERZA BRUTA WA! is a 70-minute non-verbal neo-Japanesque entertainment performed in Shinagawa, Tokyo.

“Fuerza Bruta” has been performed in over 60 cities across 30 countries in the world already and this “Fuerza Bruta WA!” is a new show inspired by Japan. It’s not a concert, nor a play, nor a musical.

I spent a Friday night to participate in the exciting show! 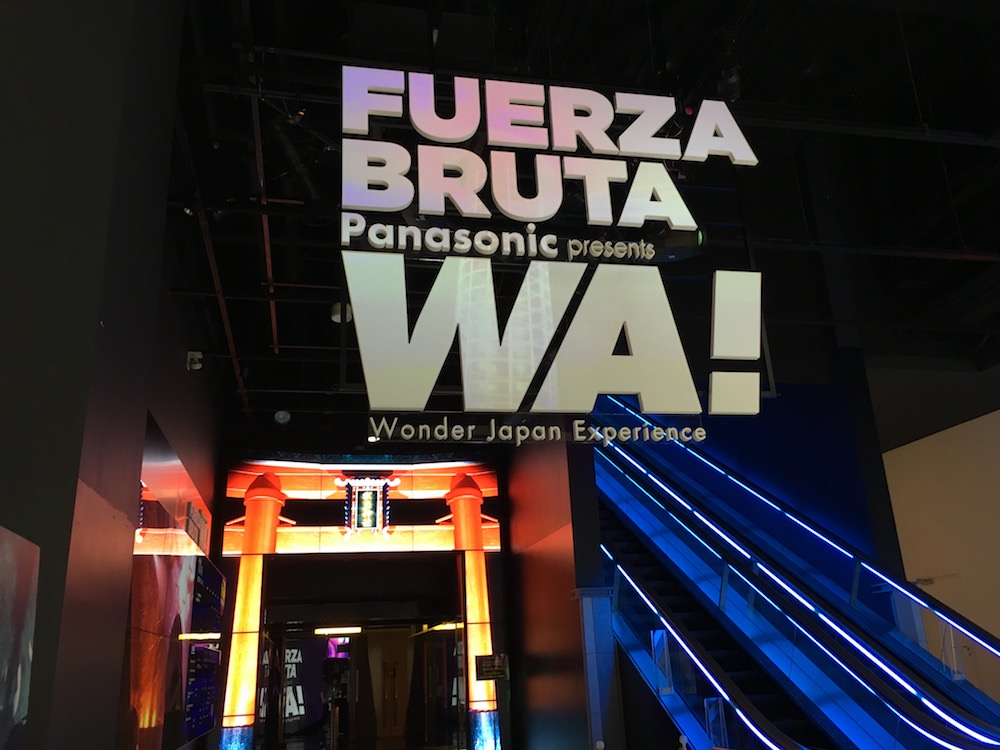 The entrance of FUERZA BRUTA WA! The video projected on the gate was pretty cool.

Get ready for the show 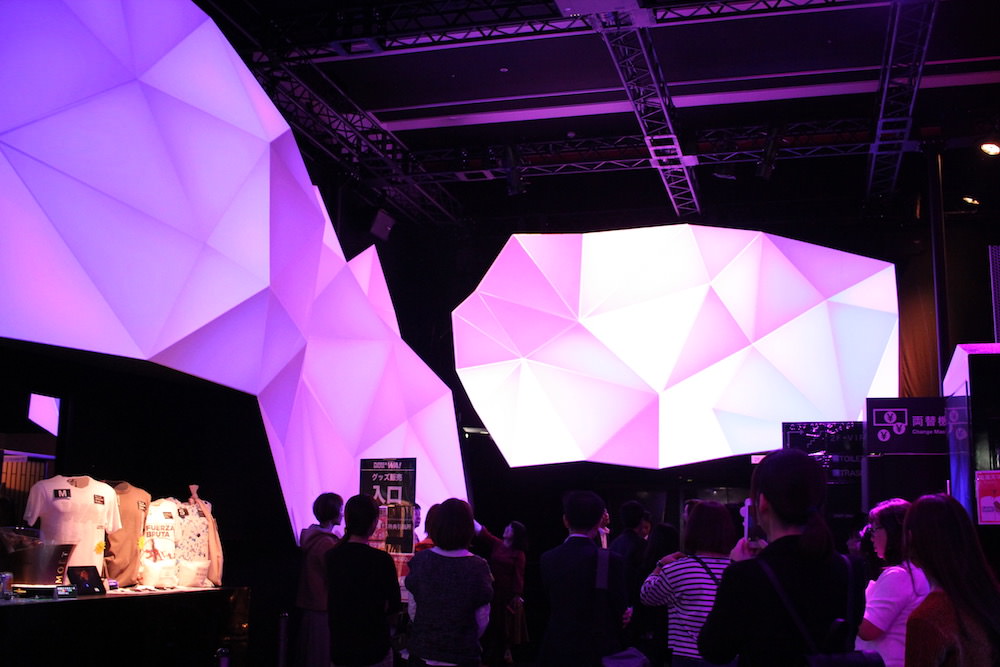 The waiting space before it starts.

There are coin lockers, and I strongly recommend to put your stuff in the lockers. There are also money changers if you need 100 yen coins.

You can also buy original goods and drinks. Their T-shirts were pretty cute. If you wish to get wet from the show (!) purchase one of the T-shirts and get ready! 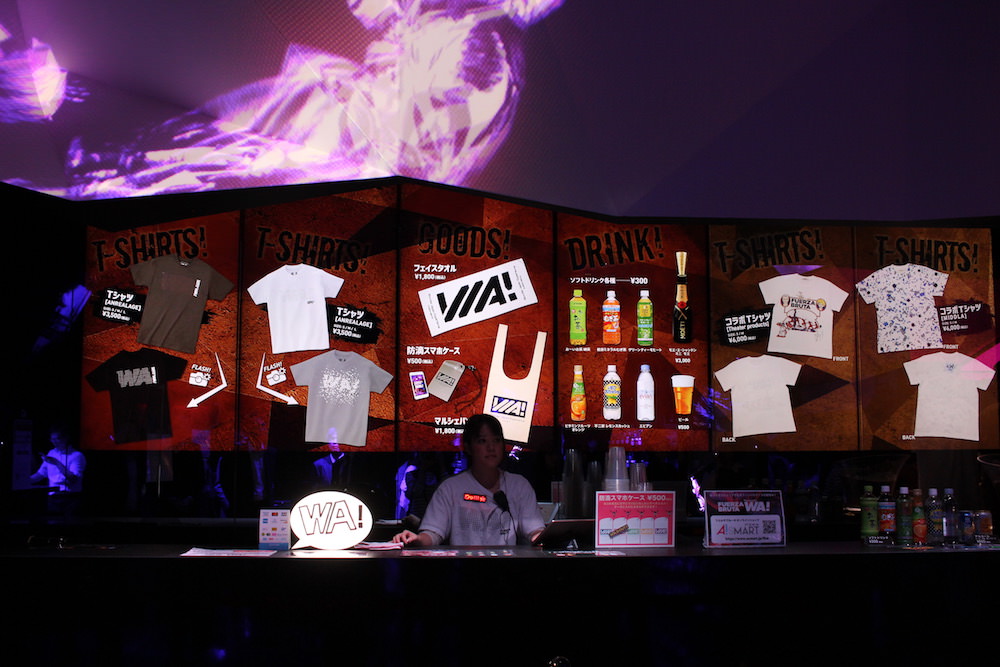 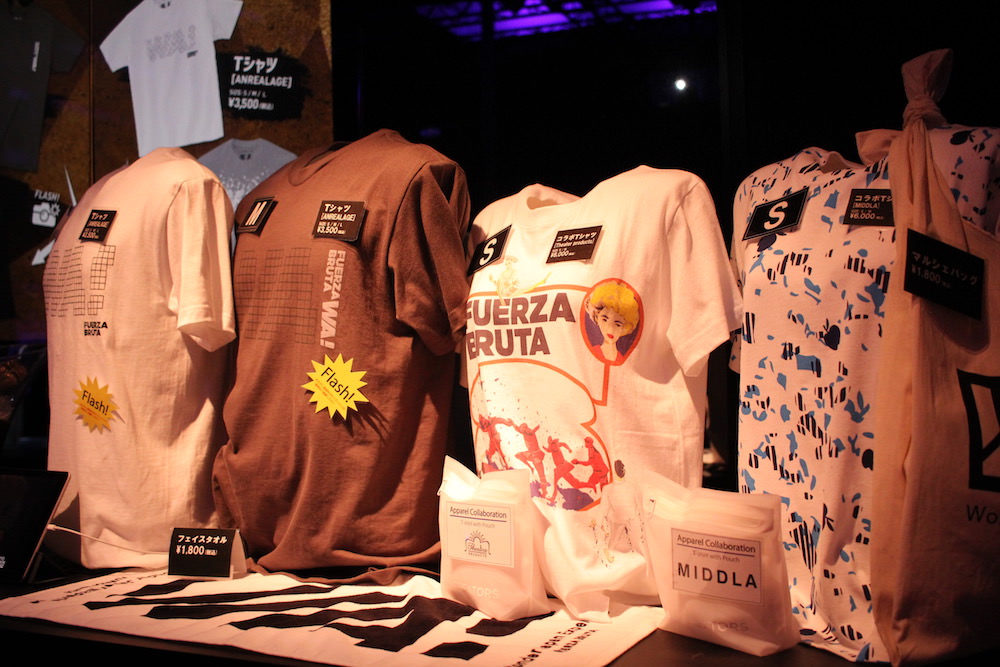 Cute T-shirts! If you are planning to get wet, better to change your clothes to T-shirts? 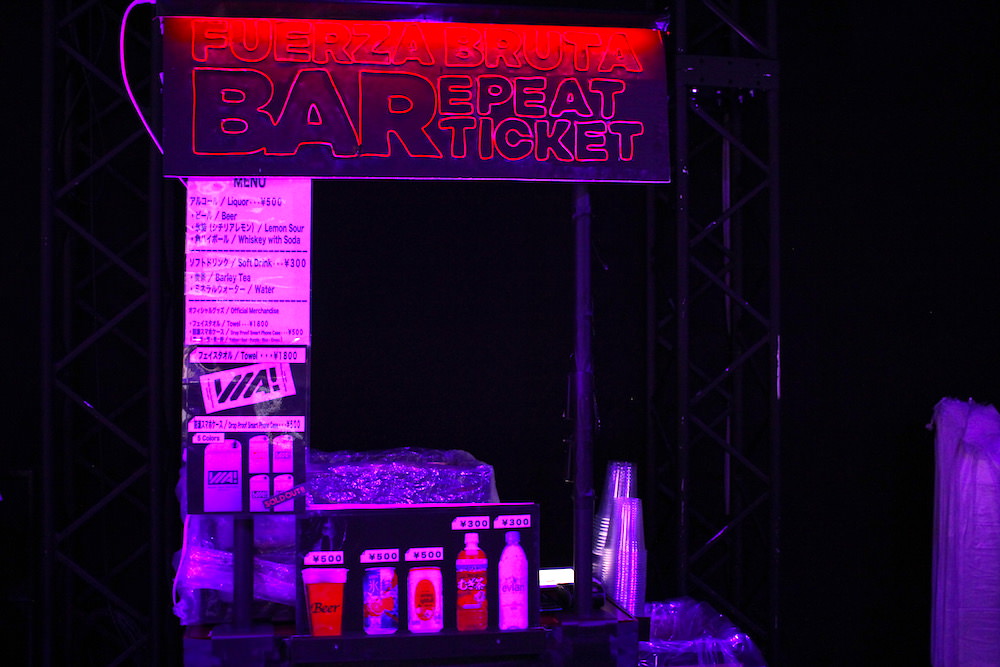 Liquors and soft drinks also purchasable at the small stroll.

70-minutes non-stop from the start to the end

When it’s the right time, you will get to go inside. The atmosphere became totally Japanese from here. 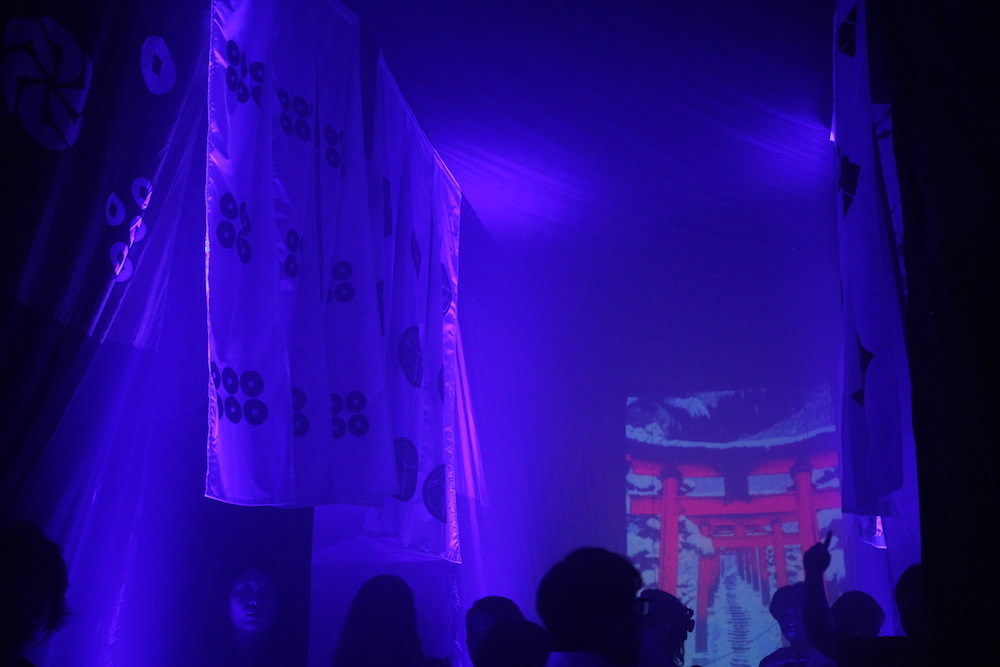 As soon as the stage appeared with a surprising performance, 70 minutes just flew by. 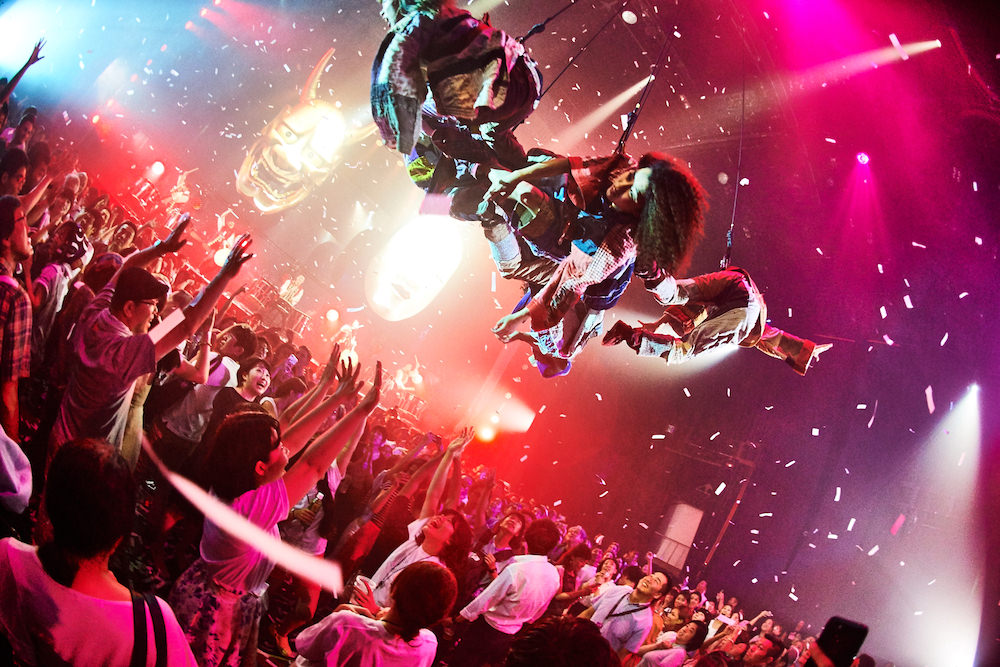 The performance allows you to enjoy from 360-degree directions, and you will be asked to move around! 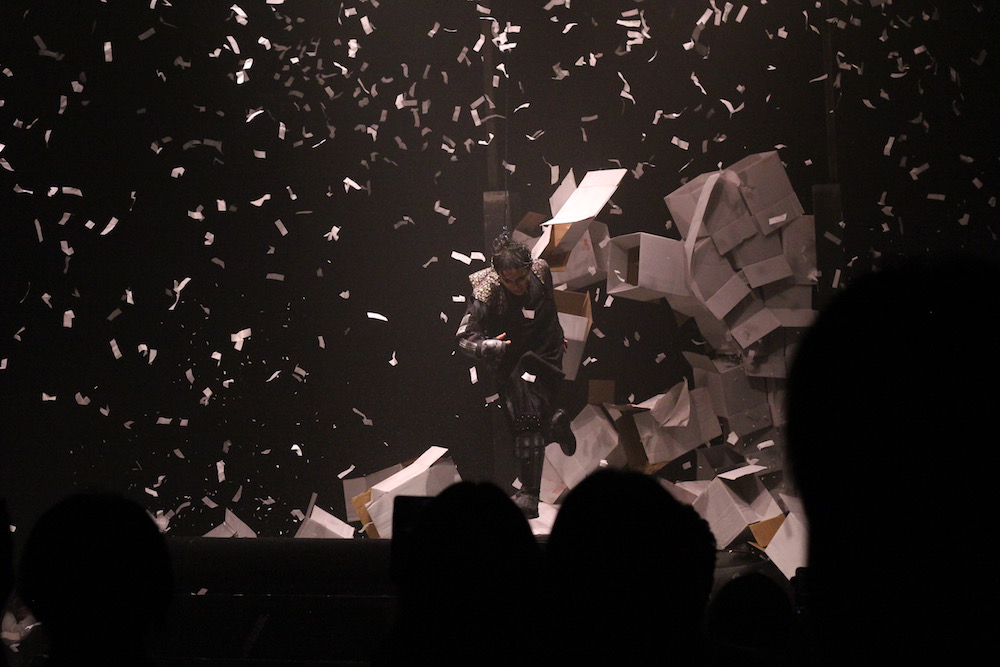 Performers come close to you and dances with you, screams with you! Jump and dance with the word “WA!” with everyone. (A little tip: you will get wetter in the center!) 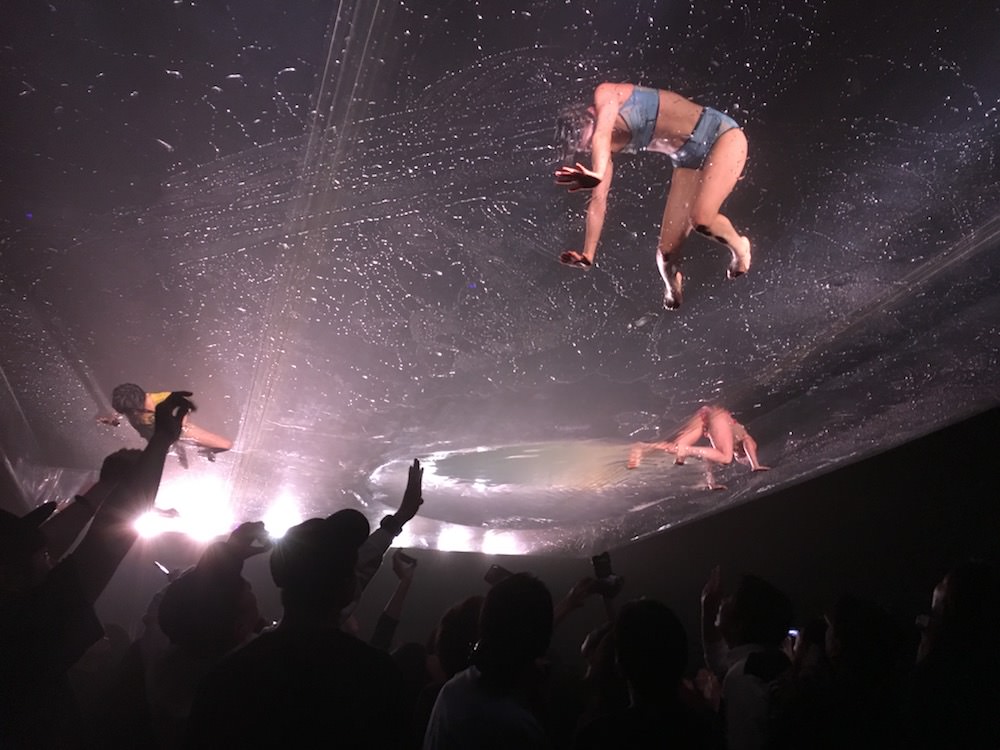 You get very close to the performers. 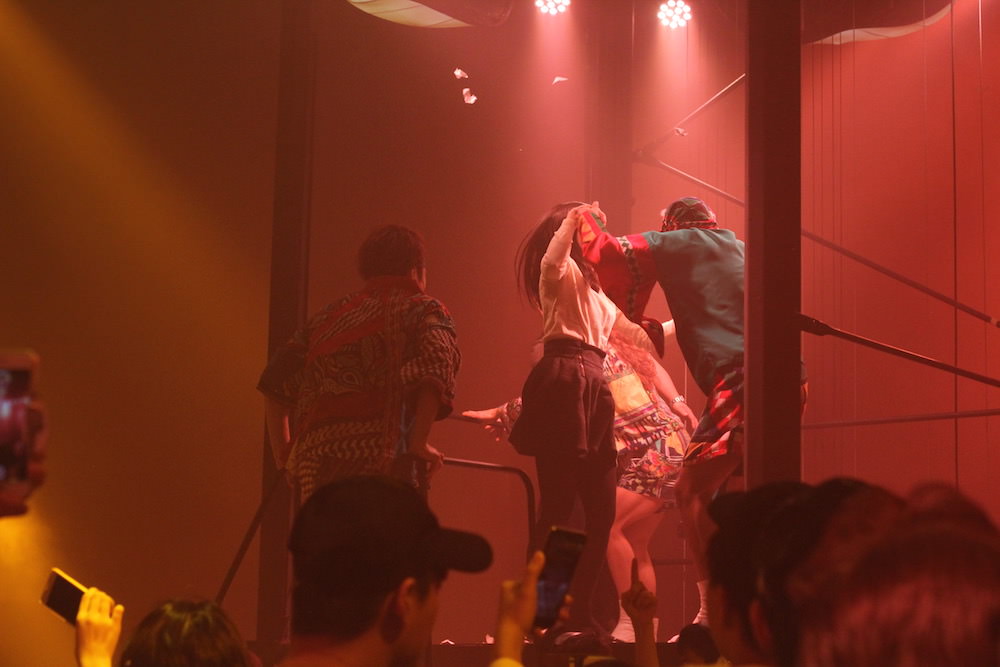 You may be called to be up on the stage? 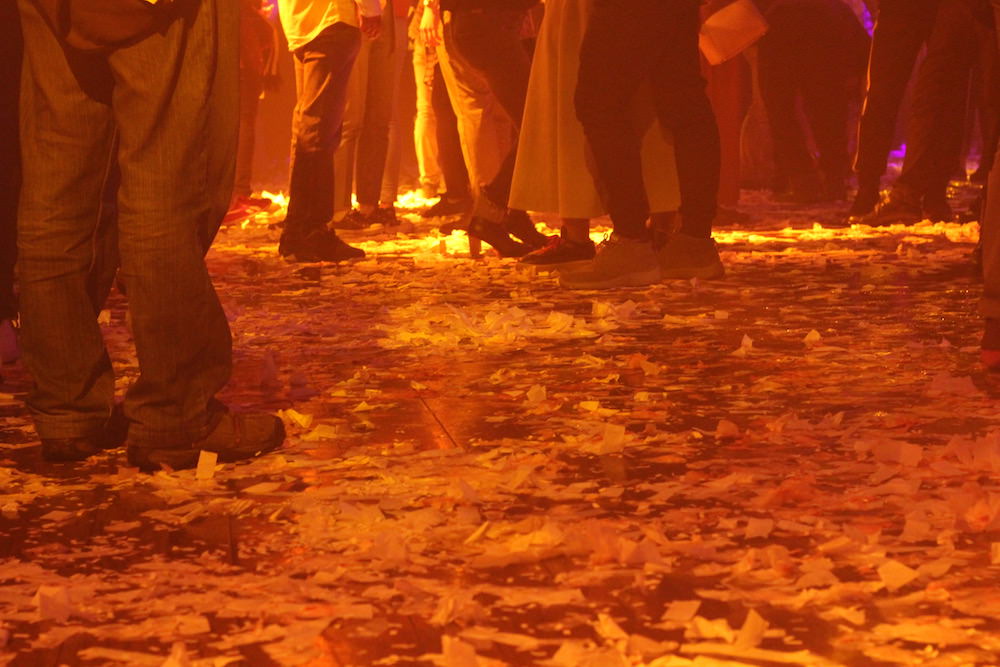 Thousands of confetti, must be an icon of FUERZA BRUTA WA!, piled up on the floor in the end!

You can take photos and share them from start to the end in FUERZA BRUTA WA! Most of the audiences are taking pictures, and there were so many photogenic moments that you can not resist taking pictures. 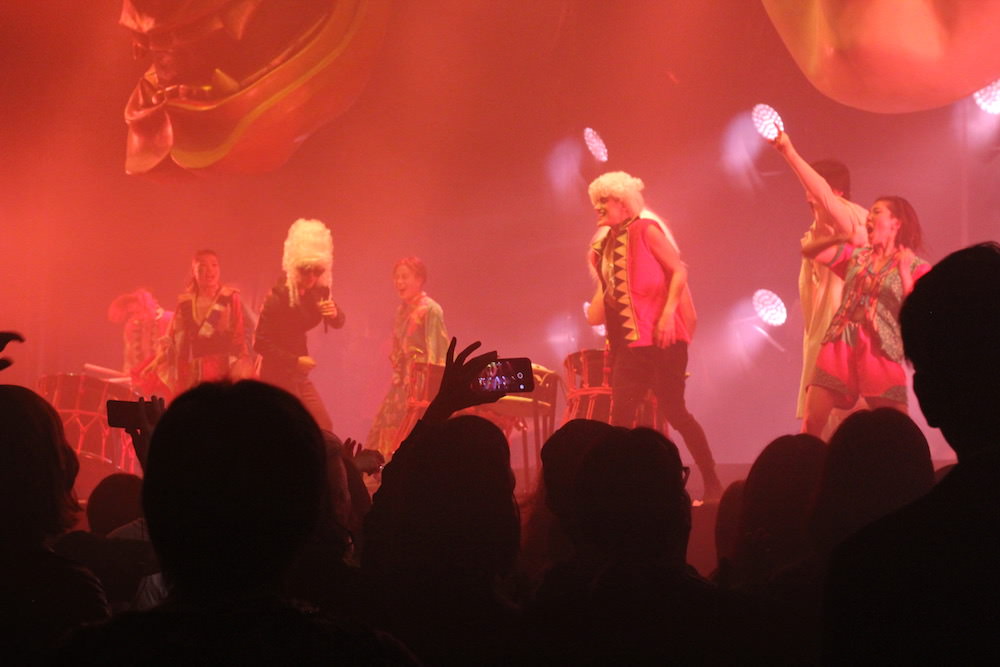 You are allowed to take pictures during the FUERZA BRUTA WA! show

The new entertainment show inspired by Japan but arranged in a modern way was really interesting for me as a local Japanese. I was impressed how they entertained us in a non-verval way for the whole time, too. And I found audiences from abroad! 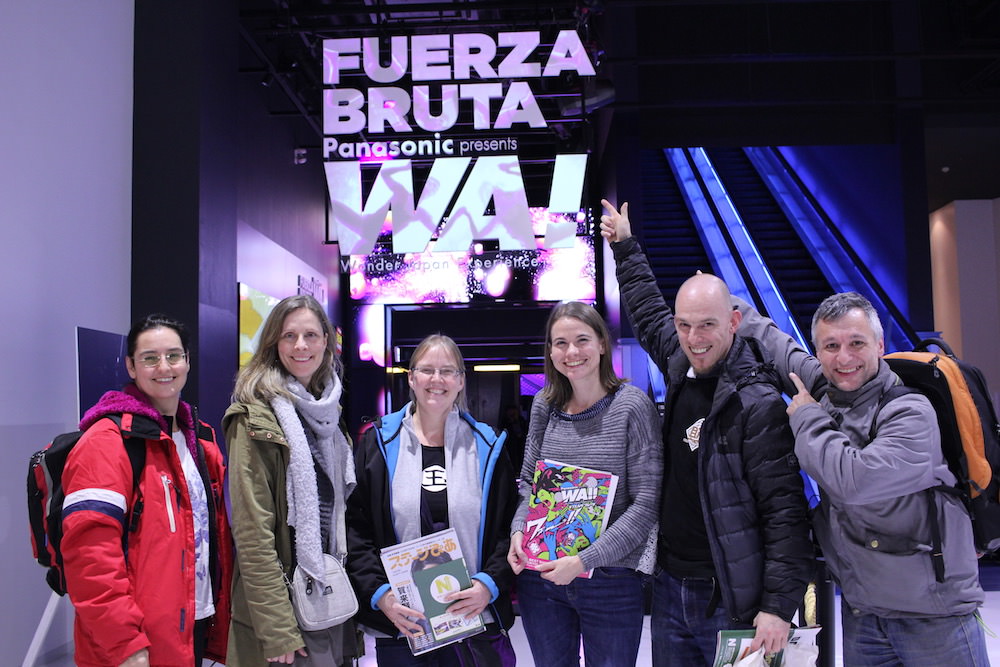 Audiences of FUERZA BRUTA from abroad!

They came from various European countries such as Sweden. Told me that especially the Taiko performance was amazing!

The show of current version will end on December 10th, but it will become a new show called “WA!!” (with two exclamation marks!) from December 14th as a long run show. 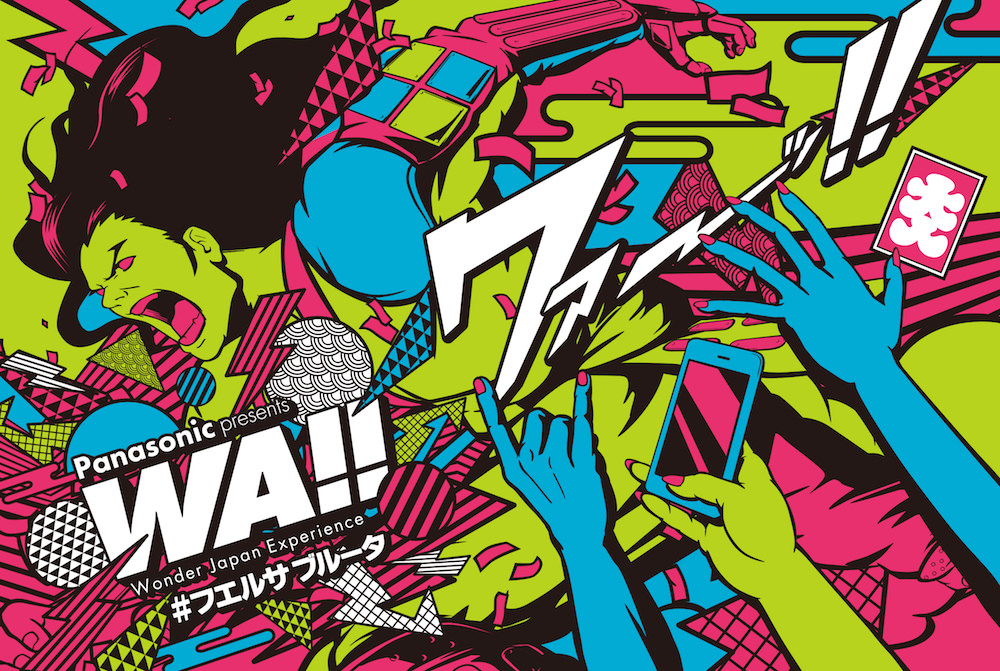 Visit with casual clothes and shoes so that you can dance! Enjoy the exciting Japanese show in your own way!

You can watch the short video to learn more about FUERZA BRUTA WA!:

Are you spending New Year Eve in Tokyo? What do locals do on New Year’s Eve? Here I am introduci...

If you are in Tokyo during new year holidays, experience “Hatsumode”, the first visit to shrine o...

10 Best Castles in Japan To Visit

The list of 10 castles in Japan that are worth visiting because of their popularity, beauty of ar...

Hatsuhinode is an essential part of Japanese culture. It’s the Japanese term to welcome the first...

15 Best Things to Do in Shibuya, Enjoy The Bustling Hotspot

Shibuya is a great place to visit if you are ever in the neighborhood. It offers a wide range of...

10 Things to do in Nihonbashi while in Vacation

Nihonbashi is a place where anything and everything can happen. Add these 10 things to do in Niho...

Ginza is not only the center of high-end shopping, but it is also where the latest trends from th...