The weather got warmer a little bit, and we started seeing plum flowers on streets in Tokyo!

Plum flowers, in Japanese “Ume”, is iconic flowers to us Japanese like cherry blossoms. In the past, when Japanese think about flowers, they imagined about plum flowers. Plum flowers often appear in old Japanese poems and family crest.
From early February to early March, there are many plum festivals held in parks and shrines in Tokyo.
Why don’t you visit one of these festivals below to feel a glimpse of spring from white, pink flowers and nice scent of plum flowers! 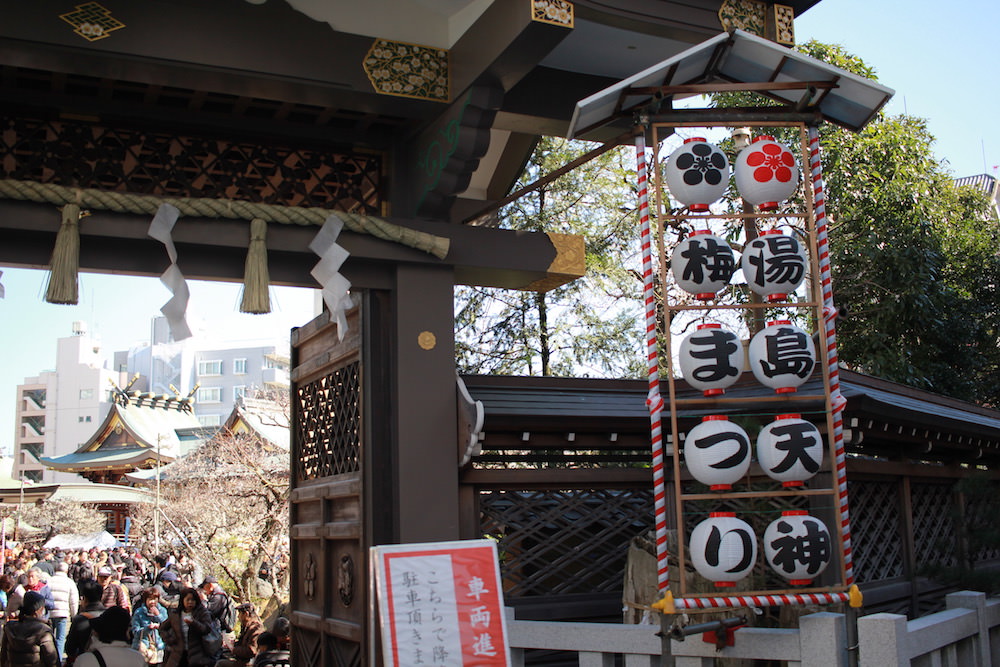 Yushima Tenjin Shrine was popular as the plum flower spot since Edo period. The festival continues for sixty years! There will be food strolls, performances, and of course, about 300 beautiful plum trees with colorful flowers. 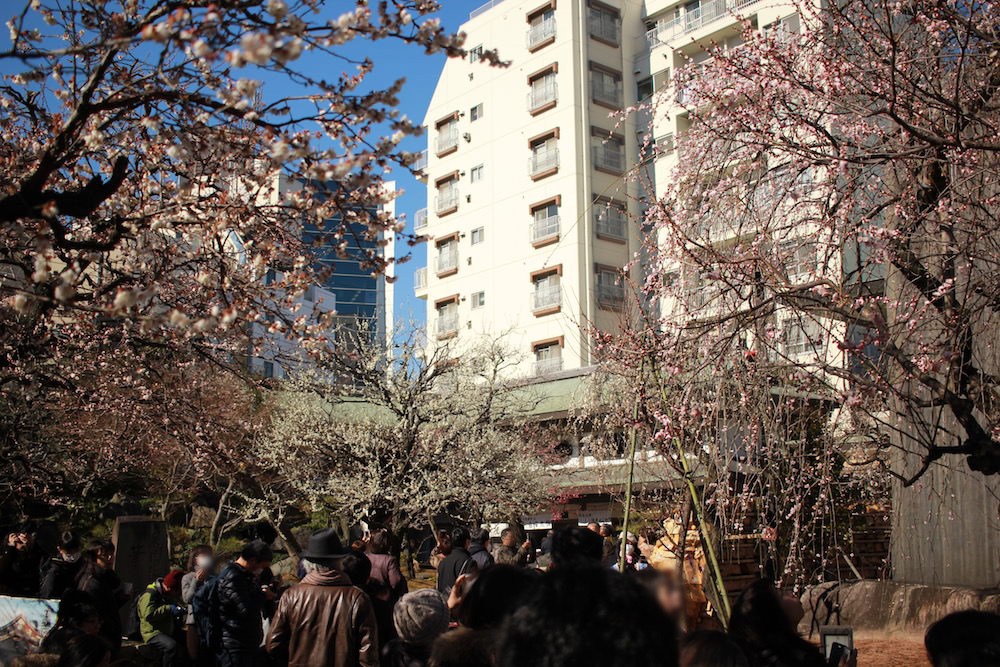 This beautiful Japanese garden has about 90 plum trees. There will be Japanese traditional performances such as Kyogen, Koto, Shakuhachi, etc. Detailed information about events during the festival is on the website (Japanese only).

There are over 650 plum trees in Hanegi Park, red plum 270 and white plum 380. Regarding kinds, there are over 60 kinds so you can enjoy different shapes and colors of plums here. There will be food strolls and shops on weekends. You can purchase plum related food such as plum mochi and plum madeleine.

Kobaien is a small plum garden in Katori Shrine. This place was famous for viewing plum flowers as it is said that famous Ukiyo-e artist Hiroshige Utagawa made a piece about this garden.

This park was established in late Edo period, and at that time, it was known as “plum house”. There are about 20 kinds and 360 trees here. There will be performances and garden walking tours during the festival.

Kameido Tenjin Shrine is famous for wisteria flowers, but they have beautiful plum flowers, too. There are over 300 plum trees here.

Jindai Botanical Garden is one of the most famous botanical gardens in Tokyo. In the huge park, there are about 180 plum trees. There will be guided tour, etc., during the festival.

Shiba Koen Park is famous for the park to get sight of Tokyo Tower. There are about 70 trees in the park.

There are about 200 plum trees in this quiet park a little away from central Tokyo. Some food strolls and performances will be held during the festival. The festival is only two days, but you can enjoy the flowers for a longer period of time.

There is a plum garden in Oyata park holding over 100 plum trees. This plum garden is only open when flowers are in bloom.

To explore Nikko is to discover beauty. Have this mountain town enchant you with its gorgeous sce...

10 Best Cherry Blossoms in and around Shinjuku for Beautiful Sakura!

Shinjuku is an entertainment hub of Tokyo and a place where fun and excitement hides in every cor...

Best Local Food from Kamakura, Enoshima and Best Places to Try Them

Kamakura is well known for temples, shrines, etc. While you're here, be sure to try best local fo...