Soba noodles, a traditional Japanese dish made from buckwheat flour, are recently gaining attention worldwide as a healthy Japanese food. Soba is very common for local Japanese, as you can find restaurants specialized in soba everywhere, from long-established ones to fast food shops at stations, and dried noodles can easily be purchased at supermarkets and convenience stores.
Not only eating but also making soba is pretty common, especially for males after retirement. As soba making needs certain training, it is considered as a form of art in Japan.
Hub Japan team had a chance to meet with a soba master, Masao Ito, who has been involved in soba making for 19 years and taught over 8,000 students after his retirement.

Why did Mr. Ito became to involve in teaching soba making?

Mr. Ito Sensei started learning soba making after his retirement. The trigger was his daughter’s boss, who had also learned soba making after his retirement. “When I discovered that he became like a professional after few years training and teaching people, I got really interested. But more than anything, the soba he made was extremely delicious!”

Then he got schooled at a soba school (it’s surprising that he completed all the courses available at that time!) and begun teaching to students there after finishing the courses. Mr. Ito’s teacher told him that many people learn to make soba, but not many people have talent in teaching.

“If my teacher said that I must take part in teaching, why can I say no? I gladly accepted his offer to be a teacher at the school.” 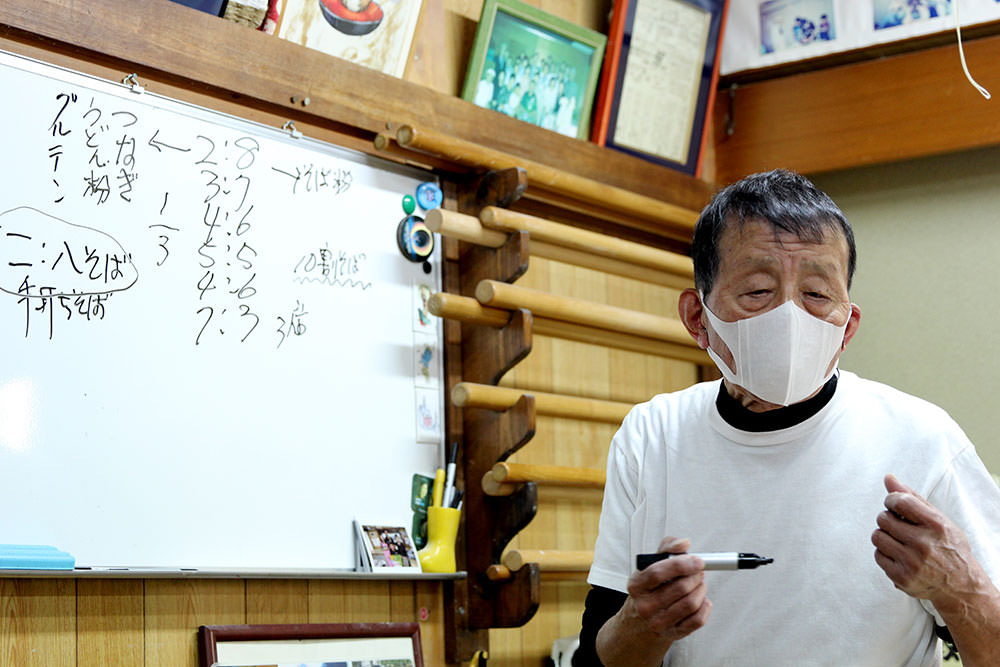 After he taught at the school for one and half years, he renovated a tatami room in his house and opened his own school. That was 1999.
His career as a soba teacher is stunning. Not only he has taught locals and travelers who visit his school, but he has also taught to many Japanese celebrities, he was covered from lots of Japanese media, and because his daughter lives in San Francisco, he has been to San Francisco many times to teach soba in the U.S. 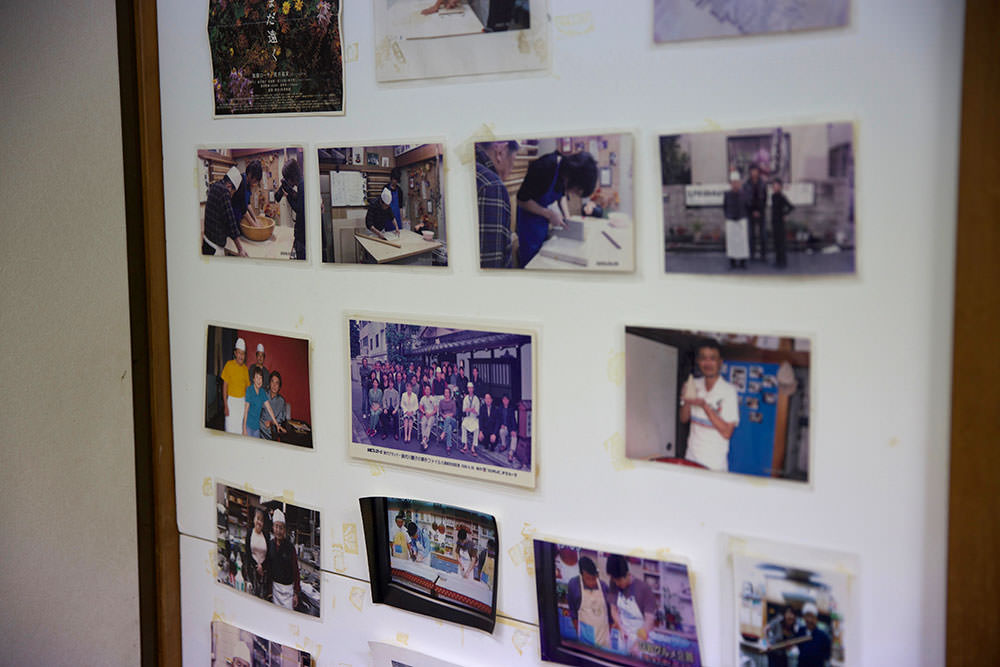 His classroom displays pictures of celebrities who took his class

Why Mr. Ito teaches about soba

19 years is a lot of time. Why could he continue the class for that long?

“By teaching soba making, I can meet people that I can never meet without soba. Young and old, males and females, locals and tourists, etc. For example, people who retired very famous global Japanese company come to my class. Talking to those people is so much fun, and hearing stories from them make me connected to society even after retired.”

He had a special feeling towards tourists who came from abroad.

“Especially to foreigners, I have a feeling that I have to introduce the true Japanese food culture. When I went to San Francisco, I had soba from a Japanese restaurant, but it was horrible; was not a Japanese soba at all. If that was soba noodles considered outside Japan, it makes me really sad. So by welcoming people from abroad to my class, I want to tell a bit of traditional Japanese food culture. I want to be a part of sharing the true culture.”

He has accepted people from various countries, and all of them get surprised by tasting soba noodles Mr. Ito makes, it’s incredibly delicious. 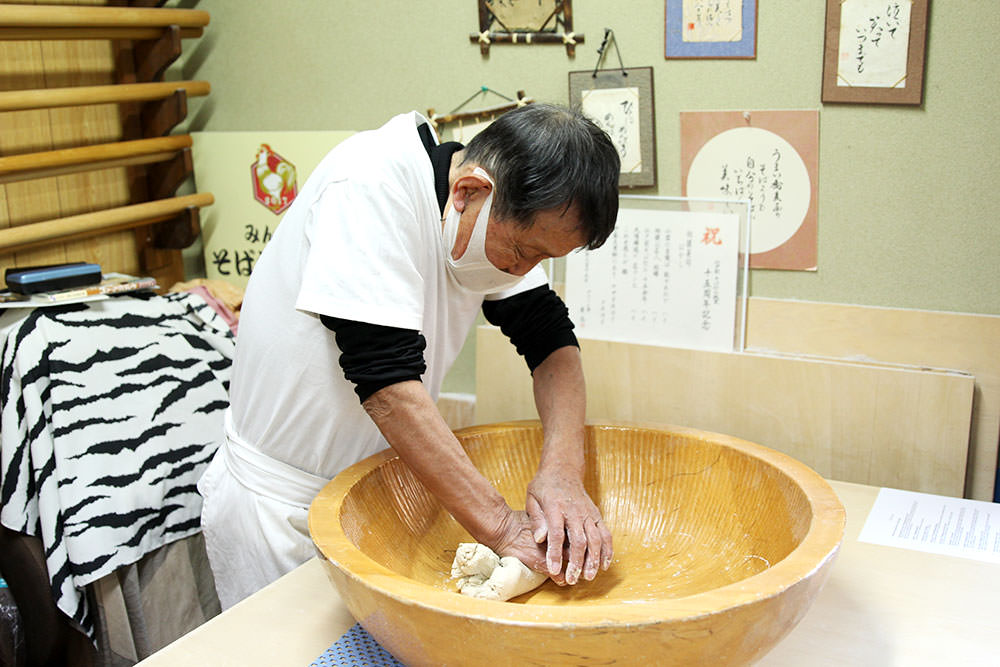 Mr. Ito Sensei shows how to knead the soba dough

I also asked about the attraction of soba to him. He told me that soba is a great thing to pursue for the whole life, in fact, soba is equal to why he lives now.

“Even a well-experienced person cannot make exactly the same soba all the time. Soba is delicate that you must adjust the amount of water according to the humidity of the room (when I was taking pictures, as he knead the soba dough, he cared about air conditioning a lot!), how thick you cut the noodles, how much you knead, etc. It is fun for me to pursue the best soba until the end of my life.”

Mr. Ito makes soba almost every day since he started soba making. Even though, he never gets bored of making soba. 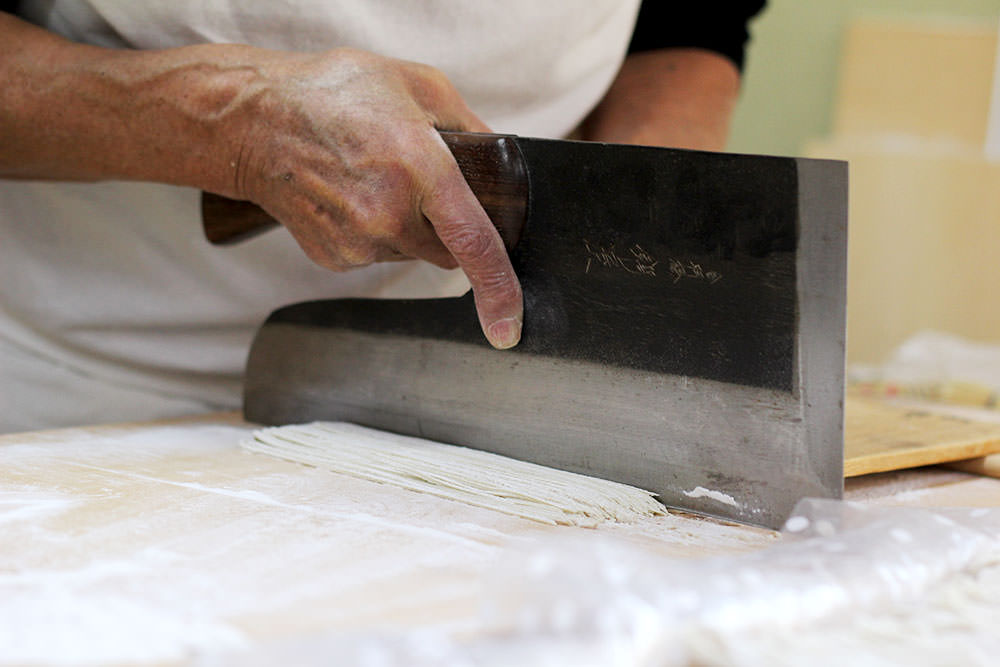 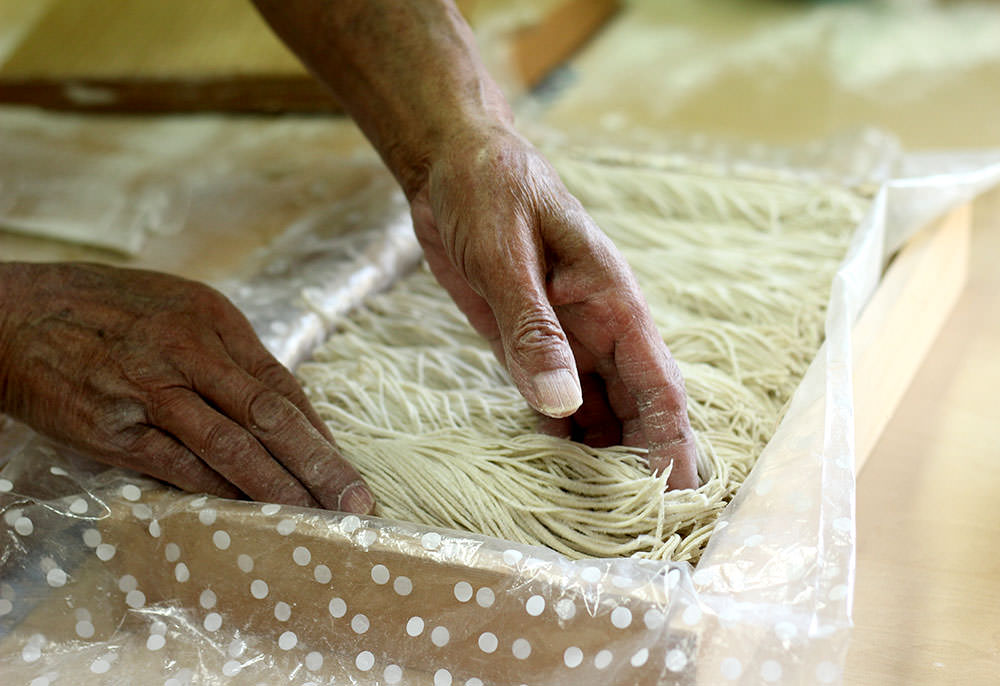 Mr. Ito’s soba is very thin and has the same thickness

In the end, I asked him his favorite way to eat soba.

“Of course, Seiro!” Seiro, also called Zaru Soba, is cold soba noodle served with cold dipping sauce. Mr. Ito says that it’s the best way to taste the flavor of soba directly. “Especially the Ni-Hachi (20% wheat and 80% buckwheat flour) noodles are the best. Please enjoy the texture of the noodles go through your throat when swallowing!” Wow, that’s a very local way to enjoy the flavor of soba!

Mr. Ito was warm, kind, funny, and entertaining from start to the end.

Do you want to experience soba making in Tokyo? Mr. Ito’s soba class is open for travelers from abroad. During the class, an interpreter called TOMO will mediate between you and Mr. Ito. He/She will not only translate but also explains Japanese culture behind what Mr. Ito said. Therefore, you can focus on the class without language barriers. 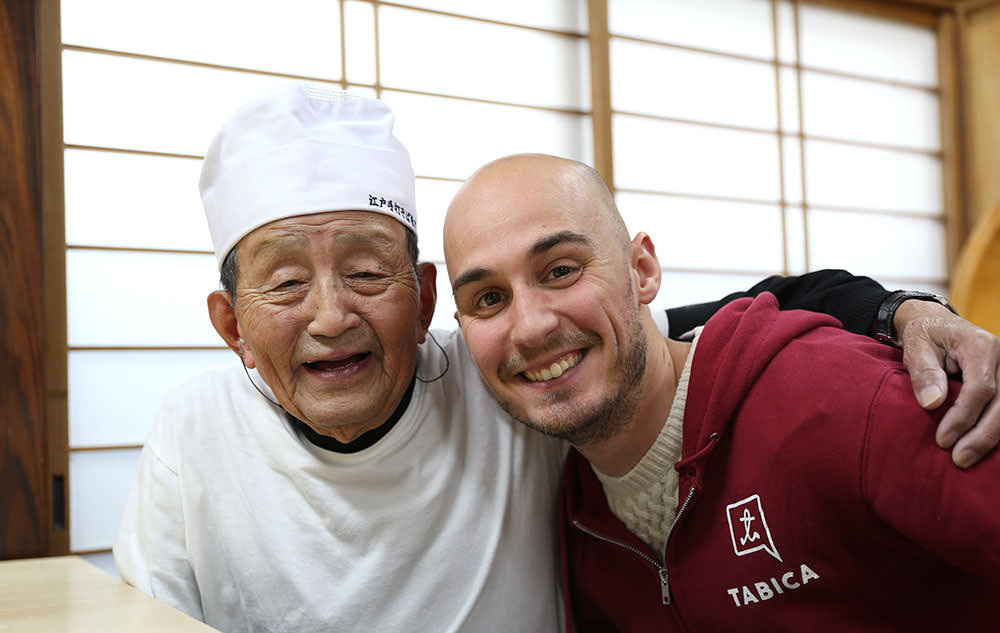 Mr. Ito and the interpreter called TOMO. TOMO in Japanese means “friends” and “together”!

I participated in the class. It was very fun, filled with laughs, and practical! Some excellent points of this class are that it’s conducted in a small number of people at the master Ito’s home. Entering into an ordinary Japanese house will be another exciting part of this class! And the soba noodles tasted at the end was fascinating. I am sure everyone enjoys the class! It’s a definite must-do if you are interested in soba noodles or Japanese food culture in general. 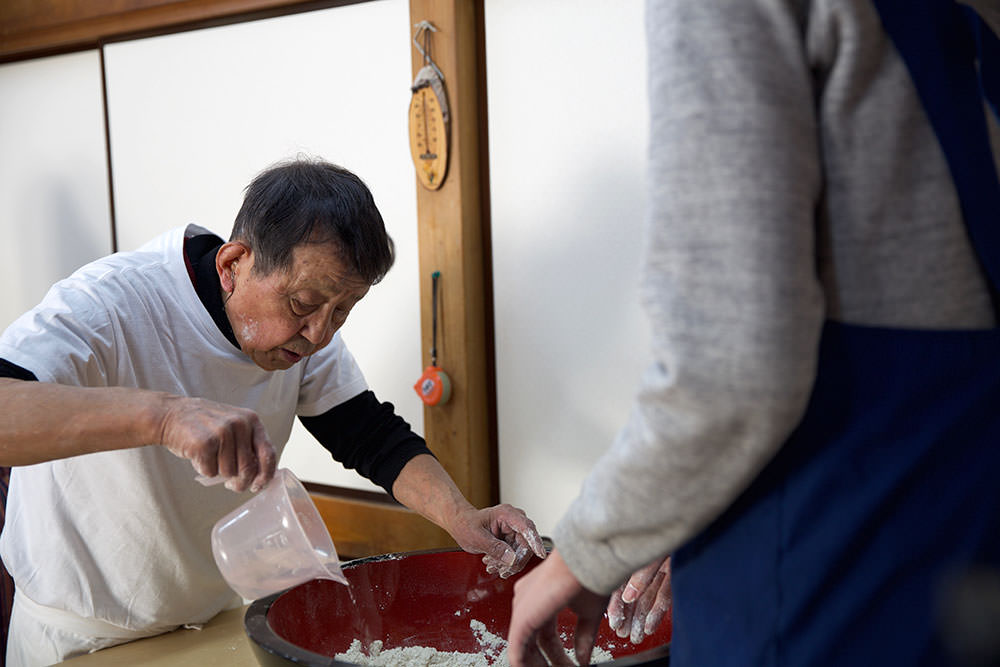 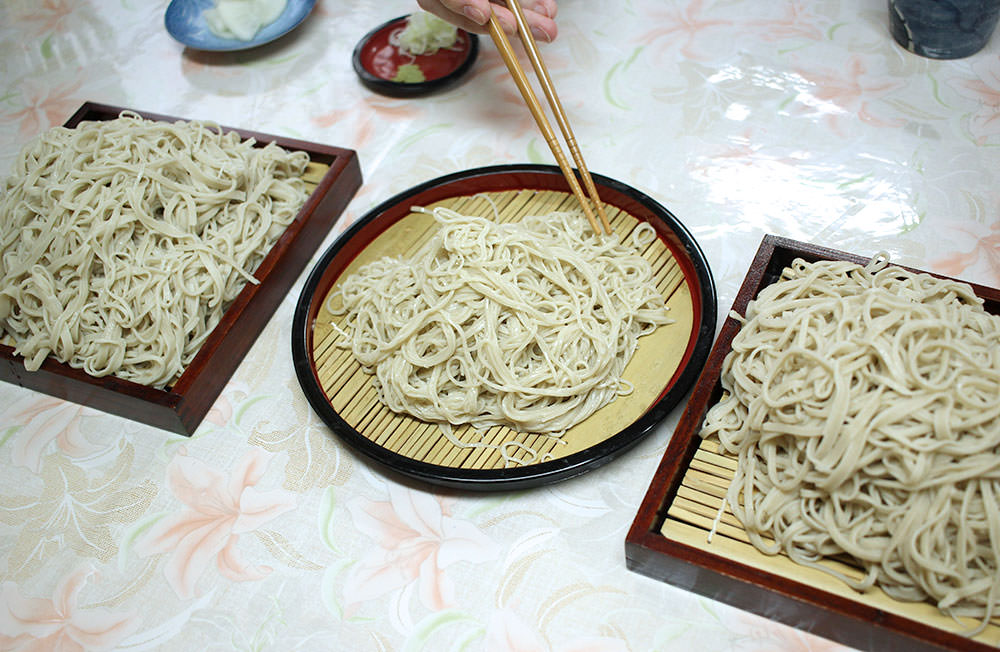 The soba tasted in the end, the middle is soba noodles Mr. Ito made. Can you see the difference? 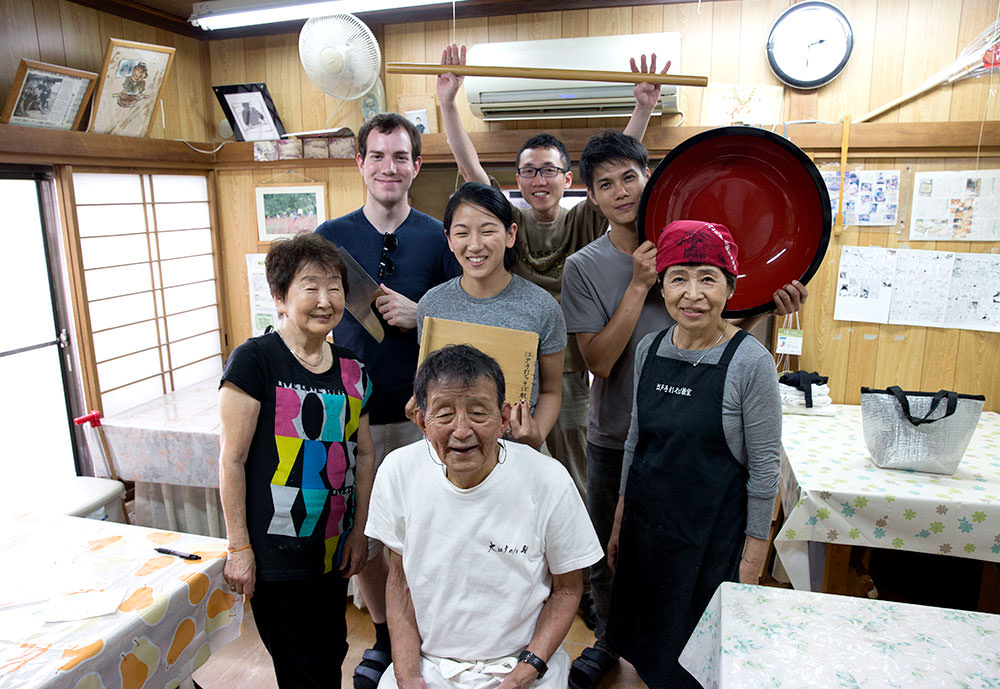 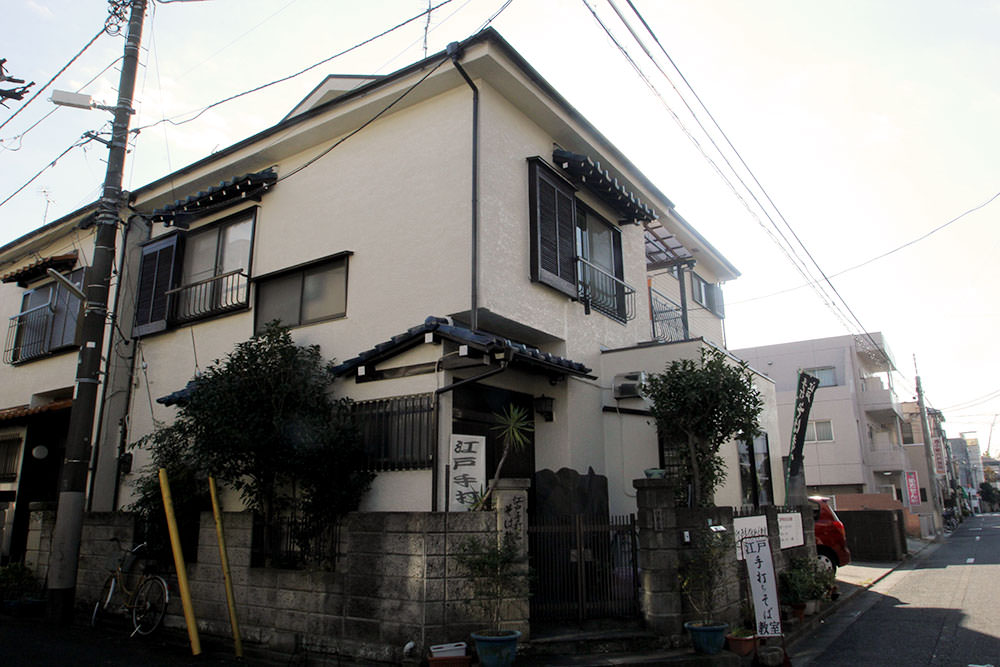 Mr. Ito’s soba class is held at his house 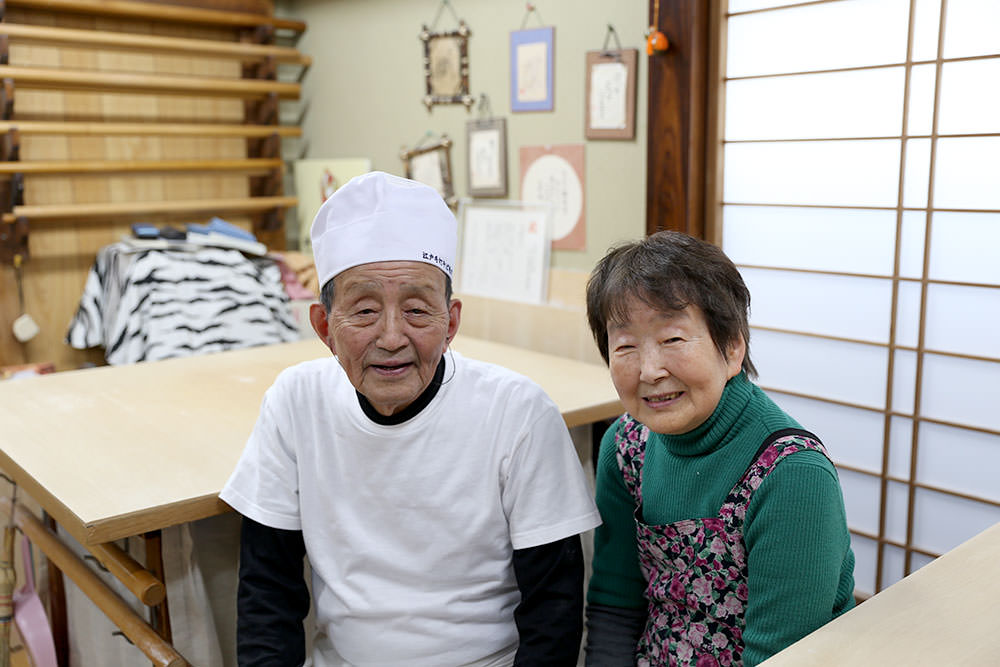 Mr. Ito and his loving wife are looking forward to see you in the class!

The class takes 4.5 hours, and they welcome children as well. Learn more about the Soba Making Experience and book the class from the website below.

The class is provided in “Experience+”, which gathers many kinds of classes and experiences for travelers.

5 Best Soba in Tokyo and How to Enjoy Soba

I recommend these 5 soba restaurants for the best soba experience in Tokyo. In addition, I introd...

Try “Real Soba” at The Soba Street in Yamagata, Tohoku

You can enjoy unique soba depending on the each part of Japan. In Yamagata Prefecture, Soba is ve...

For those who love to eat delicious soba, make sure to visit the 10 best soba restaurants in Shib...

Yamagata is the prefecture in the Tohoku Region famous for Beef and Soba. Especially, Yamagata h...

Do you like eating sushi? Then, why don’t you learn how to make one from a sushi chef while you ...

Asakusa has many temples, shrines, and other popular attractions. If you get hungry, visit these ...

For those who love to eat delicious soba, make sure to visit the 10 best soba restaurants in Shib...